G: Give Up Yer Aul Sins

Some years ago we were in Kansas City, MO, as we normally are for Christmas. And, as we do at Christmas, we were listening to the Christmas playlist on one of the iPods (an eclectic collection ranging from Medieval Christmas songs to A Winter Solstice - volumes I, II, III, IV, V and VI - we liked the first and...it happens). 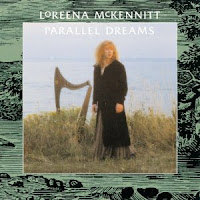 I was listening, with half an ear, to a track on Loreena McKennitt's "Parallel Dreams" album, Dicken's Dublin. A sad tale of a young person, out on the streets on a cold Winter's eve. Interspersed with the lyrics is a recording of a young girl, clearly from Dublin given her accent, narrating the Christmas story.

My full attention was drawn when I heard her say "an' an angel disappeared to them..."

Dublin is a town of malapropisms - there's a history of them there, going back a long time. I went back over that part of the track time and time again. Sure enough, "...an angel disappeared to them..."

Some years later, my father sent us a DVD - "Give Up Yer Aul Sins". Recordings, with wonderful animation, of schoolchildren in the '60s in Ireland, narrating Bible stories. The recordings were made by a teacher, but had been lost. They were discovered in a rubbish bin. Two enterprising young men made an animation short - "Give Up Yer Aul Sins" (The story of John the Baptist) and this tiny film was nominated for an Academy Award.

The DVD contains seven of the stories and a documentary.

The funny thing was, my father hadn't heard the Loreena McKennitt song.
Posted by KjM at 5:55 PM