Halfway there, and not...

November 15th and 25 thousand words should be in sight. And they are. Have I mentioned I'm longsighted?

I made up a good deal of ground over the weekend, Saturday in particular. There's more ground to cover. So far, the story is hanging together. Again, as with last year's NaNoWriMo novel, the story perspective shifts between the major characters. 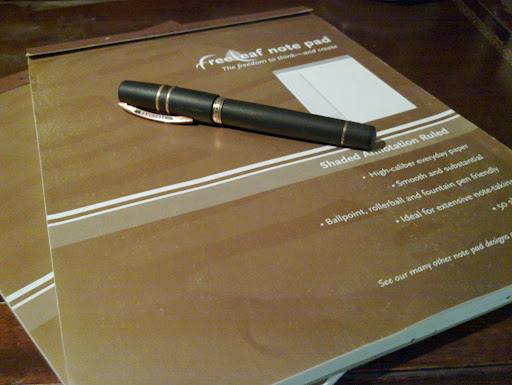 I can already see some of the revision I will have to do - sharpen the focus on the main character. She does, however, come into her own in the latter half of the story. You know, the half (and some) that I haven't written yet.

Still, I have reached (or passed ) one milestone. I've filled one writing pad already and have begun the second. There will be two others filled before this exercise is done.

In other news, I filled in a survey on participating in NaNoWriMo run by Evolve Journal. They published my responses in Question and Answer form at Evolve Journal.