Full disclosure - I hail from Dublin. Ireland, that is. Baile Átha Cliath as it is in the Irish. 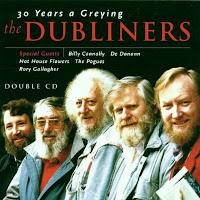 Some years ago, so I wouldn't forget my roots (unlikely, but he was ever a cautious man) my Dad sent me a CD of The Dubliners, 30 Years a Greying. A double CD set, packed with many, many memories. Included with the package was a note apologizing to my partner for what the sounds might do to our music system.

Ever the courteous man also.

If the Clancy Brothers and Tommy Makem resembled the Beatles (just go with it, OK?) in their impact on music and the introduction of a particular type to the US, The Dubliners always reminded me of the Rolling Stones. Edgier, a little less polished (well, "Seven Drunken Nights" was one of their popular songs - perhaps a lot less polished.)

But they had staying power. Some of the sounds on the double CD are a little more mellow than they once were - but they team up with The Pogues and also with Billy Connelly - so not all the edges are worn off. 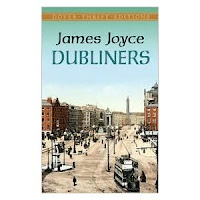 And that put me in mind of another "Dubliners", that of James Joyce. A set of 15 short stories covering the lives of everyday men and women of Dublin, back in the day. I have the book, and it's a masterclass of the short-story form.

It's also fascinating, for me at least, as it paints pictures of a Dublin now gone. Still there, mind you, as I grew up, but much/most of it now vanished.

Cities, societies, need to move forward. Else they die, or become frozen in time and little more than tourist venues. For a city that celebrated 1,000 years of existence more than two decades ago, that would be a tragedy. 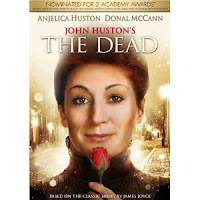 The last story in the volume is, perhaps, the most famous. The Dead. Famous for the movie, the last one if I remember rightly, by John Huston. And starring his daughter, Anjelica Huston. I remember, when I first saw this movie - and still do, thinking to myself, "I know these people."

Even though I wasn't born for another half century after the story's set, you could find these people still around about the city. Some things don't change.

Many years later, I saw it, become a musical, on stage in San Francisco. And it still had its power.

Email ThisBlogThis!Share to TwitterShare to FacebookShare to Pinterest
Labels: #AtoZChallenge, A to Z Challenge, Dubliners, James Joyce, Music, The Dead